How To Design a Commercial Stairway 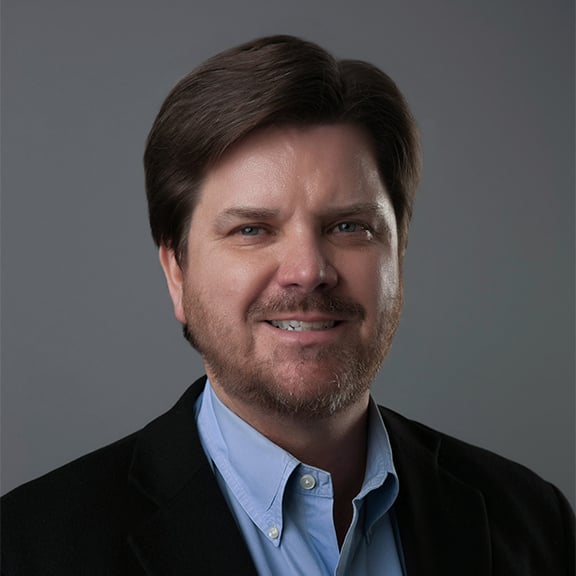 Stairs are a large part of creating a functional and safe environment.

When planning commercial buildings, architects are often challenged with maximizing property to get as much usable space as possible. Often this means building up instead of out, which means including stairways.

Building designers have to include appropriate exits, which often involves stairs.

As an industry leader, Mannington Commercial offers guidelines regarding stairway systems that comply with both International Building Code (IBC) and the Americans with Disabilities Act (ADA).

Let’s start by examining what goes into creating a commercial stairway system.

Defining the components of a commercial stairway system

Any project starts with understanding the purpose of the endeavor as well as the elements involved. Let’s start with the basic parts of a stairway:

These parts combine to create a functional traditional stairway so the materials should also complement each other to work together.

The IBC and the ADA have specific requirements that might differ. It’s always smart to check the laws for the local jurisdiction for your project as there can be additional rules. Remember that the requirements don’t just apply to full stairways; the requirements apply to even a single step.

There are a few differences between IBC and ADA requirements. ADA standards apply to all stairs that are part of required egress routes. IBC requirements apply to any stairway serving an occupied portion of a building whether part of an egress system or not.

To clarify, the “means of egress” is an unobstructed path to leave a building, structure or space. So, even a single step leaving a building must meet requirements.

Now let’s look at some of the individual guidelines for constructing stairways: 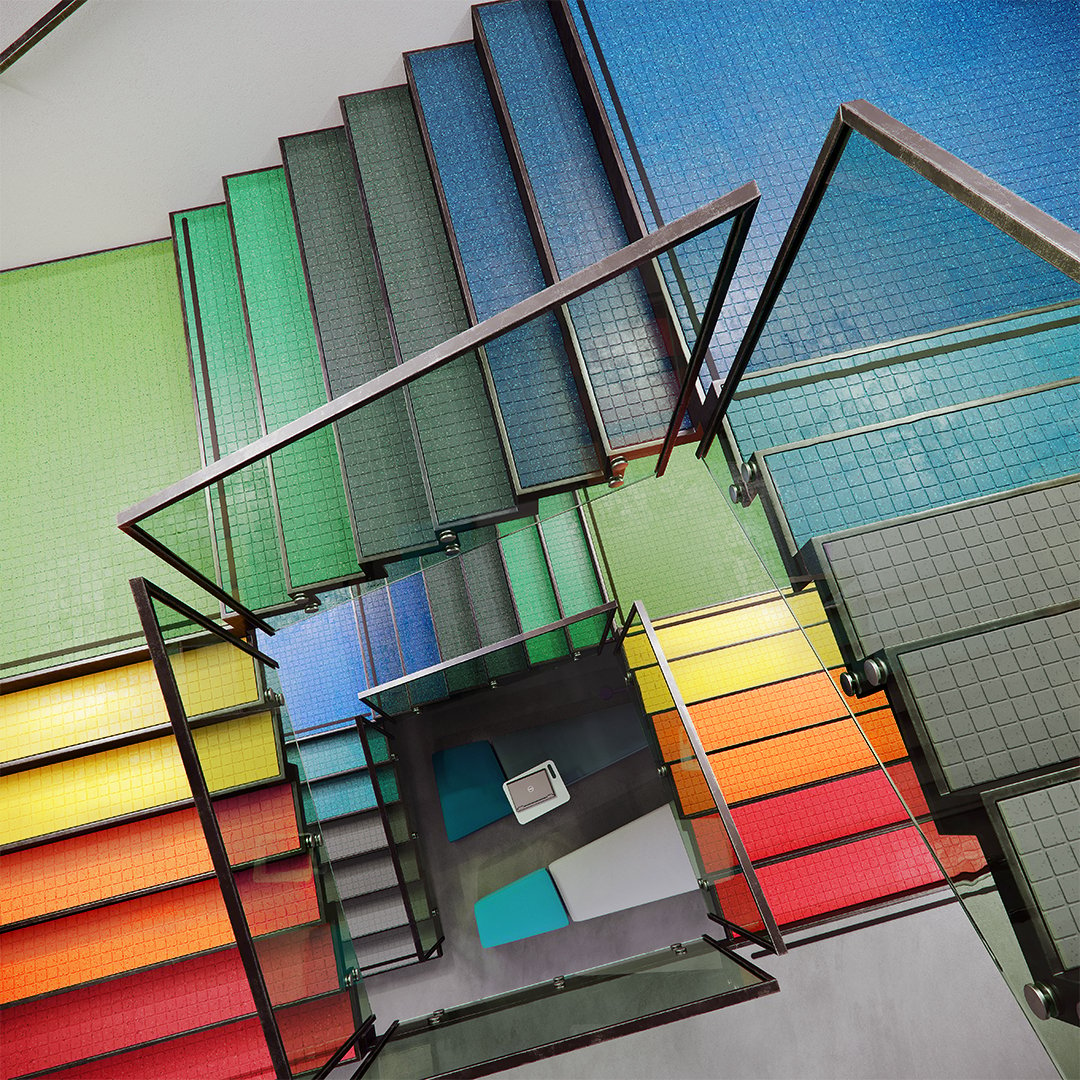 This seems straightforward, right? Unfortunately, there’s another rule that applies: you can never narrow the path of egress. In other words, a stairway can get wider as you go down, but it can never get narrower. Even if the occupancy load is smaller on a lower floor, the width of the stairway has to stay at least as wide as the floor above.

Let’s do an example equation for a four-story building with both a sprinkler system and an emergency communication system:

The key takeaway is that the tread width can never decrease as the stairway descends; it has to stay as wide as the largest calculation all the way down to ensure traffic flow continues to the exit.

We talked about tread width, but tread depth has more to do with how an individual person actually walks on stairs than how users as a whole use a staircase.

For both the IBC and the ADA, the 7/11 rule applies: riser height is a maximum of 7 inches and minimum of 4 inches and tread depth is a minimum of 11 inches.

When you’re walking either up or down stairs, you don’t want to have to think about each step, you want to walk with a cadence. This is one reason both the IBC and the ADA require uniformity of risers and treads. It’s safer for everyone.

Open risers can provide a pleasing design aesthetic, and are allowed by IBC standards if the opening is narrower than 4 inches. A design element such as a 1.25-inch nose on treads spread 5 inches apart in height could be compliant. But open risers are prohibited by both IBC and ADA guidelines for disabled-accessible stairways. Risers also must not slope more than 30 degrees over the tread below.

The nose or front of the tread has specific requirements for both construction and positioning to ensure safety. First, the nose must not extend more than 1.25 inches over the tread below; this is generous but complies with both sets of guidelines.

The radius/beveling of the nose must be a minimum of 1/16 inch and a maximum of 9/16 inch for IBC requirements, with a max of 1/2 inch for ADA. The nosing has to be consistent throughout the stairway.

While it’s not required by ADA guidelines, it’s suggested that treads (and landings) are constructed in a solid color with the front 1-2 inches in a different color to provide visual contrast. This makes it easier to see each step. Make sure to check local requirements as this is mandatory in some areas.

We’ve all climbed stairways that seemed to go up forever, but there are rules for commercial spaces regarding exactly how far you can go without getting a break – with a landing.

If this seems complicated, it can be. Try to keep in mind how a walker or other accessibility device would navigate the space. 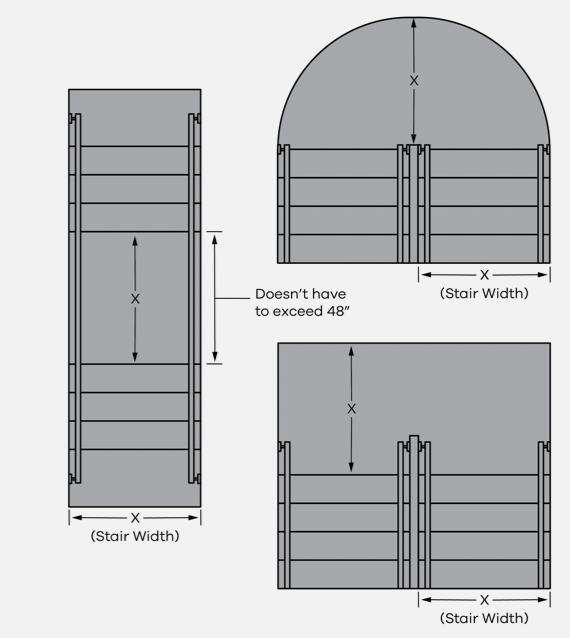 While Mannington Commercial specializes in the surface of the stairs, there’s more to creating a safe stairway. Handrails in commercial buildings differ from those in residential spaces.

Let’s look at the IBC and ADA requirements.

Requirements are a bit different when children are the primary users in a space. For buildings used by children, a second set of handrails should be positioned at 28 inches, with a minimum of 9 inches between adult and child handrails. Make sure to measure the height from the top of the handrail to the nose of the stair tread.

The actual handrail itself should have a gripping surface with a clearance of at least 1.5 inches from the wall, be made of a continuous surface without obstructions on top and have no obstructions for more than 20 percent of the length.

Any projections such as wall mounts must be at least 1.5 inches below the rail. Think of someone who must use the rail for stability; it should be easy to grip without impediments.

To help users take first and last steps, the handrails should extend horizontally above a landing for at least 12 inches and extend at least the depth of one tread at the base of the stairs. Those extensions must either be a continuation of the handrail of adjacent flight of stairs or connect to a wall.

Determining the specific measurements for a compliant stairway ensures both efficiency for the building and safety for those using the space. As noted, local jurisdictions can have specific requirements beyond those put forth by the IBC and the ADA.

To facilitate a smooth project, make sure to thoroughly research and understand with the guidelines for your project.

If you’re interested in putting your new stairway system knowledge to the test, we have an accredited CEU on this topic that your local sales representative would be happy to present.

How to Choose a Commercial Carpet Backing System

How To Choose Stairway Materials

©2015–2021 Mannington Commercial. A business unit of Mannington Mills, Inc. All rights reserved. Terms and Conditions. Privacy Policy.Made in the USA